Brussels - At its annual New Year Reception¹ in the European Parliament last night, ACI EUROPE provided an overview of the burning issues the airport industry is facing in the year ahead.

Addressing the event Dr Michael Kerkloh, President of ACI EUROPE and CEO of Munich Airport spoke optimistically about European aviation, the exceptional traffic growth during 2017 and reiterated ACI’s support for more Open Skies – a key pillar of the EU Aviation Strategy. However, he also issued fresh warnings about the potential impact of Brexit, the shadow of airline protectionism and the self-serving nature of their current campaign for more airport charges regulation.

Later today, the Board of ACI EUROPE will meet with EC Task Force 50, to underline their concerns about Brexit on European aviation. Europe’s airports are relieved that the UK and the EU have reached an agreement on the first phase of the negotiations and are both supportive of a transition.

But Dr Kerkloh warned “The risks of a “no deal scenario” are real – and for now, we still remain completely in the dark as to what will happen at the end of the transition. One thing is pretty clear though – the political dynamics shaping these negotiations are very much at odds with business interests.”

He added “Over the past 20 months, ACI EUROPE has repeatedly stressed the need to keep the most liberal aviation regime between the UK and the EU – to safeguard air connectivity. Anything more restrictive than the current Single Aviation Market will come at a cost². There is just no winning alternative.”

The European airport industry has long been one of the EU’s most vocal supporter of Open Skies agreements, as an opportunity to boost connectivity, trade and jobs & growth. Potentially influencing this agenda is the current revision of EU Regulation 868/2004 on unfair trading practices in aviation.

On this, Dr Kerkloh said “We are worried that some are trying to use the revision of Regulation 868 to advance a protectionist agenda. Don’t get me wrong: Open Skies need to go hand in hand with fair competition and we do support the Commission proposal. But the rules must be crystal clear and specific – they should not be open to different interpretations. Also, Regulation 868 should be triggered only when damage is demonstrated and only as a last resort – after all other applicable dispute resolution mechanisms have been exhausted. These are essential safeguards to prevent abuses in the use of this Regulation and maintain trust with our trading partners internationally.”

On the matter of the ongoing evaluation by the European Commission of the EU Directive on Airport Charges, ACI EUROPE once again underlined the new market dynamics redefining airport-airline relationships and resulting in increasing airport competition. These include Low Cost Carriers expanding at primary airports and developing long haul offerings, Full Service Carriers embracing low cost norms and consolidating and airports competing more intensely to gain this traffic.

On this, Dr Kerkloh was unequivocal: “These new market dynamics need to be at the core of the evaluation. That means that the evaluation must resolve the contradiction in policy approaches between airport charges and State aid. The Commission’s own State aid rules and the European Court of Justice have already acknowledged the reality of airport competition. So, I have a very simple question: How can we be told that airports compete when it comes to looking at State Aid, but that airports suddenly no longer compete when it comes to dealing with airport charges?”. 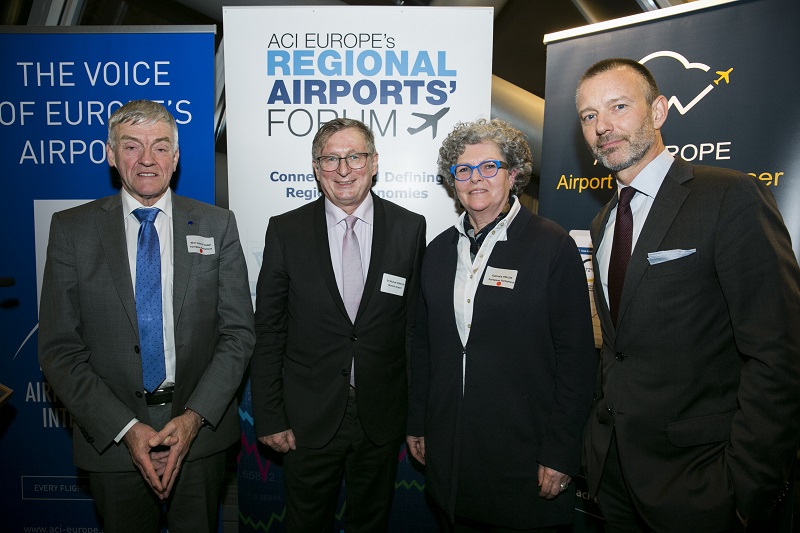