Airports call for speedy adoption of a European rulebook for drones

Brussels - The EU Aviation Strategy has been a major driver of the development of new regulation on the use of drones, since its announcement in December 2015. With the political agreement on the new EASA Regulation and the endorsement of the Helsinki Declaration by the aviation community late last year, the prospects for the EU’s rulebook on the use of drones have gathered further momentum.

Olivier Jankovec, Director General ACI EUROPE commented “The airport industry is embracing innovation and we are excited about the potential opportunities that drone technology presents, in particular in relation to infrastructure maintenance and operational efficiency, passenger facilitation and more. That said, the safety issues concerning the use of drones in and around airports are increasingly well-documented – underlining the urgent need for an effective regulatory framework on this.”

Drone technology has rapidly emerged over the past 5 years, touching various aspects of air transport, not least airport operations. In the immediacy, the technology potentially has major implications on operational efficiency and safety, with ongoing projects in research and development proposing many other possible uses down the line.

In considering the risks and opportunities presented by drones, ACI EUROPE is today releasing the position of the airport industry - embracing the technology and calling for the swift adoption of safety and traffic management rules at EU level on the use of drones. Airports also underline the importance of drone registration, performance-based rules, and a modern approach to integrating drones at airports - one that relies on expedited approvals via “standard scenarios” and safety management systems.

The regulatory material that will be necessary for the next steps of drone integration includes the safety rules developed at EASA, as well as the U-Space* traffic management framework. 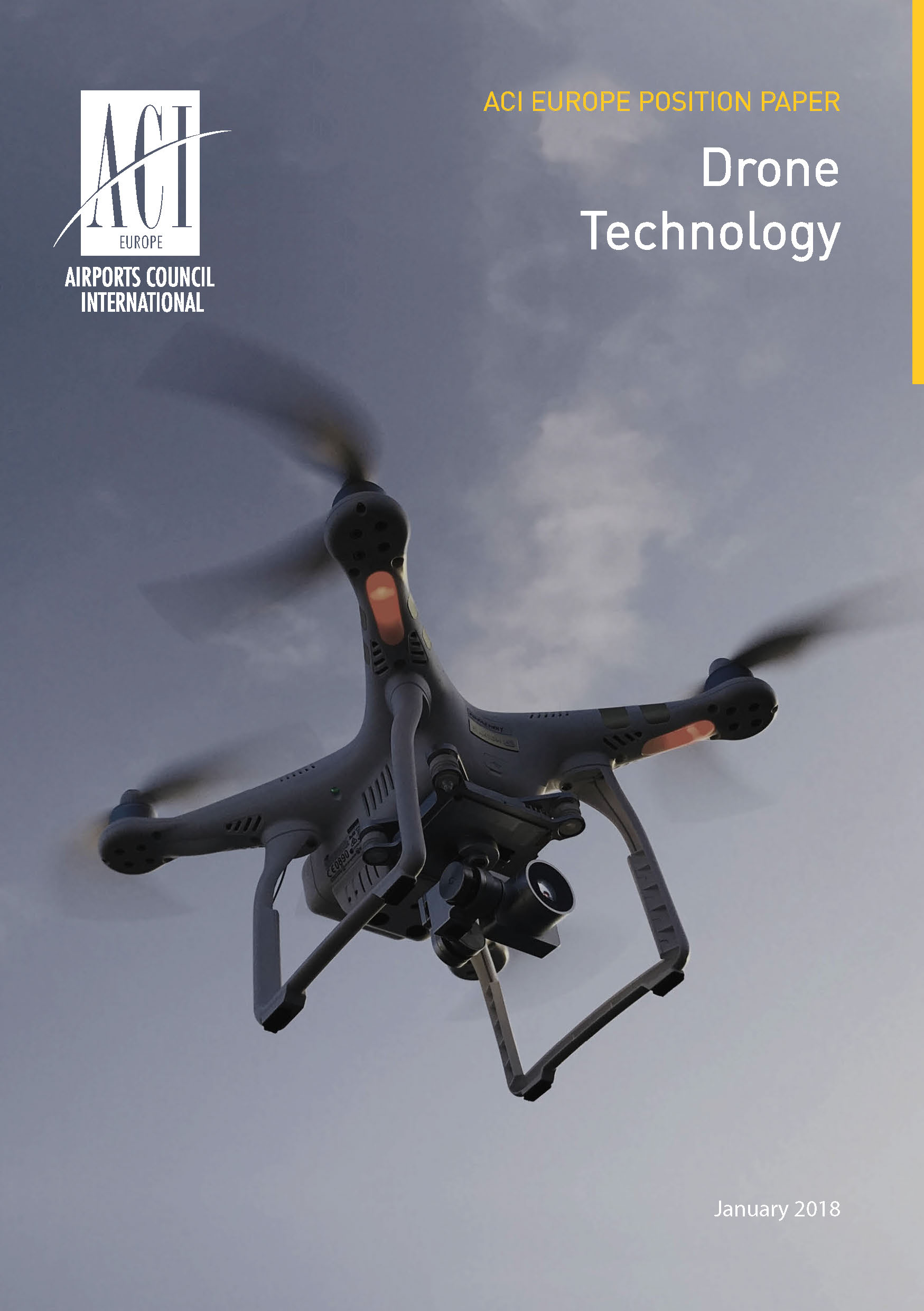