19 June 2018
Brussels - At the 27th ACI Joint EUROPE & World Annual Congress taking place in Brussels at the moment, ACI EUROPE released its latest annual Airport Industry Connectivity Report – with insights into the airports providing the best air connectivity to their communities & transfer passengers.
The EU Aviation Strategy launched by Transport Commissioner Violeta Bulc in December 2015 put a spotlight on the value of air connectivity for citizens and for the economy.
ACI EUROPE uses data harvested by SEO Amsterdam Economics to measure and analyse the level & quality of air connectivity in 3 key metrics:
Direct Connectivity – the number of direct air services offered by an airport
Indirect connectivity – this measures the number of places people can fly on to, through a connecting flight at hub airport from a particular airport.
Hub connectivity – the key metric for any hub airport – it measures the number of connecting flights that can be facilitated by the hub airport in question, taking into account quality of connecting times.
DIRECT CONNECTIVITY
Frankfurt Airport is now the No.1 airport in Europe in terms of direct connectivity, having jumped from 3rd position last year, as a result of significant network expansion of both the Lufthansa Group and Low Cost Carriers.
Amsterdam Schiphol now moves down to 2nd position for direct connectivity in Europe – still up from the 6th position it held back in 2008.
London Heathrow went from the 2nd to the 3rd position also not making any gains in direct connectivity this year (-0.2%) to due to lack of capacity.
In the past year, the UK is the only country in the EU to record a loss in direct connectivity (-0.8%).
PAST 5 YEARS
Here is a snapshot of the Top 5 airports across ACI’s 4 traffic groups, that have registered the highest growth in direct connectivity over the past 5 years:

Frankfurt also remains the airport offering the best hub connectivity not just in Europe, but also worldwide – having increased its hub connectivity by an impressive +12.8% over the preceding year.
Amsterdam Schiphol also remains No.2 followed by Dallas Fort Worth, Paris CDG and the busiest airport in the world, Atlanta.
Smaller and nice hubs registered growth in connectivity at twice the pace of the major hubs, over the past 10 years – pointing to intensifying competition in the hub segment. 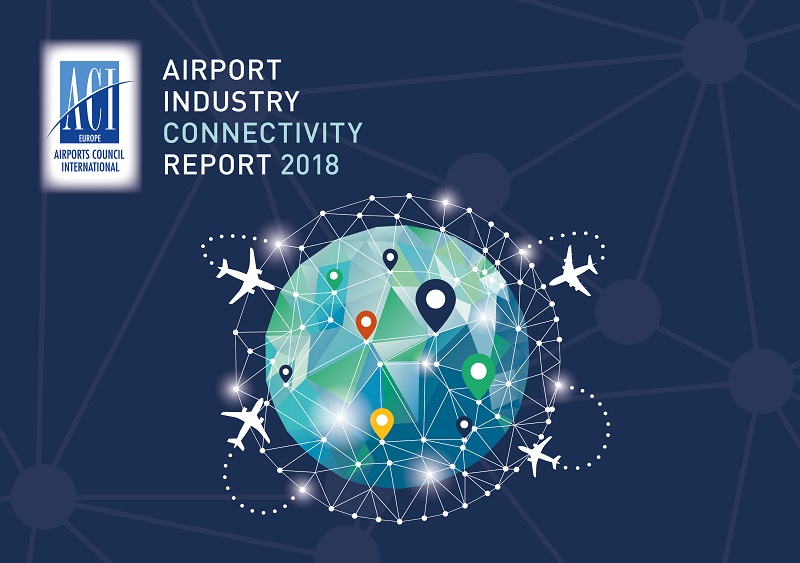