Brussels - ACI EUROPE, the trade association for Europe’s airports - is pleased to announce the appointment of Bastiaan de Bruijne as its new General Counsel, with immediate effect.

Bastiaan joins the ACI EUROPE team from Royal Schiphol Group, where he was Competition & Regulation Counsel. He also worked for the Ministry of Foreign Affairs of the Netherlands and with two international law firms.
He is succeeding Gérard Borel who is retiring early October as General Counsel of ACI EUROPE.
Olivier Jankovec, Director General ACI EUROPE, said of the appointment: “I am delighted to welcome Bastiaan de Bruijne on board as our new General Counsel. These are increasingly testing times for airports – with sustainability, security, safety, capacity, economics and market access all at the forefront of ACI EUROPE’s agenda. As we prepare to say farewell and thank Gérard Borel for 19 years of impeccable service and dedication to our industry, Bastiaan will ensure continued legal expertise for our organization and its 500-strong airports membership & World Business Partners.”
Bastiaan commented “I am delighted to be joining the team at ACI EUROPE, just as Europe is embarking on a new 5-year political cycle. The continued business transformation of Europe’s airports and the increasingly complex economic, political and regulatory environments in which they evolve mean that this is an exciting time to be part of the Voice of Europe’s airports - working for our members and advancing the industry.”
Bastiaan is a Dutch national. He also speaks fluent English and good French. Bastiaan studied law and political science in Leiden, Paris (Sciences Po) and Bologna. He obtained a post-graduate degree from the College of Europe (Bruges). 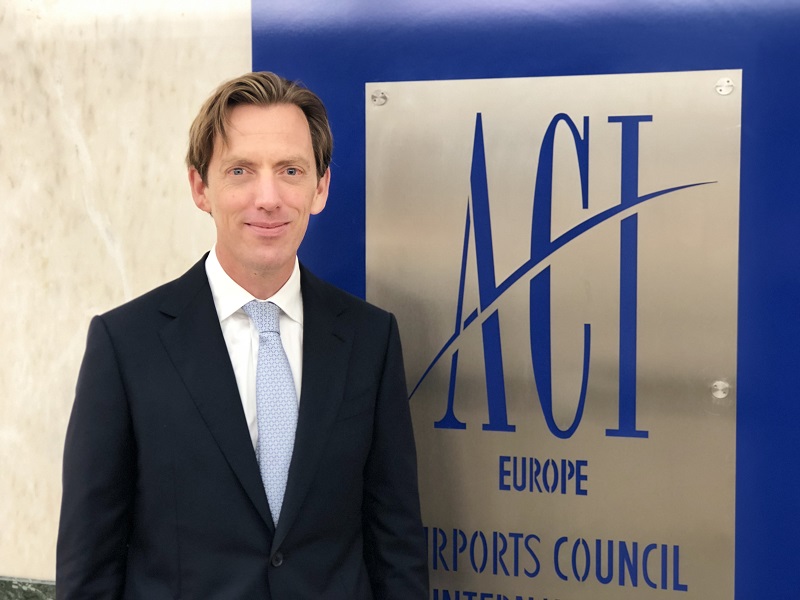