The Climate Emergency along with capacity limitations, increasing competitive pressures and the drive to increase quality & the passenger experience are all combining to focus Europe’s airports on operational efficiency. A key tool to deliver that is the Airport Operations Centre or APOC, which brings together all stakeholders (including Air Traffic Control, airlines, ground handlers, customs & police and the airport operator) to enable a collaborative, transparent and ultimately integrated management of flight & terminal operations.
While the establishment of APOCs is still a fairly recent development, more and more airports are now setting up their APOCs - building on successful and tested operational concepts like A-CDM (Airport Collaborative Decision Making) and moving towards the Ground Coordinator concept1. The real-time & optimal coordination delivered by APOCs allows airports to better anticipate or even avoid disruptions - thus minimising their impact on passengers (less flight delays & cancellations) as well as on the environment (less noise & CO2 emissions).
Following a successful pilot at Geneva Airport last October, ACI EUROPE is now offering APOC peer reviews to airports, conducted by ad hoc teams bringing together ground operations experts from other airports and EUROCONTROL’s Network Manager. Based on the exchange of best practices and constructive engagement & reporting, these reviews allow airports to track and unlock latent capacity, to further develop their cooperation with Air Traffic Control and to enhance understanding of capacity issues between all operational stakeholders.
Olivier Jankovec, Director General of ACI EUROPE said: “APOCs are a win-win-win: squeezing airport assets & reducing costs while improving the passenger experience and minimizing environmental impact. With its tailor-made APOC Peer Review Service, ACI EUROPE is not just supporting airports in running and further enhancing their APOCs locally – we are also contributing to the improvement of the European air transport network overall. I am very grateful for EUROCONTROL’s involvement in this new service and look forward to other airports following in the footsteps of Geneva.”
André Schneider, Chief Executive Officer of Geneva Airport commented: “The APOC is central to ensuring the provision of smooth and seamless services to our customers, dealing with the normal operational disruptions of an airport and anticipating further issues. Having experts from other airports as well as ACI EUROPE spend three days reviewing the processes and operation of our APOC along with our team has allowed us to identify significant improvements that will allows us to better serve our customers in the future. I highly recommend this proactive continuous improvement approach to any airport wishing to future proof its APOC.” 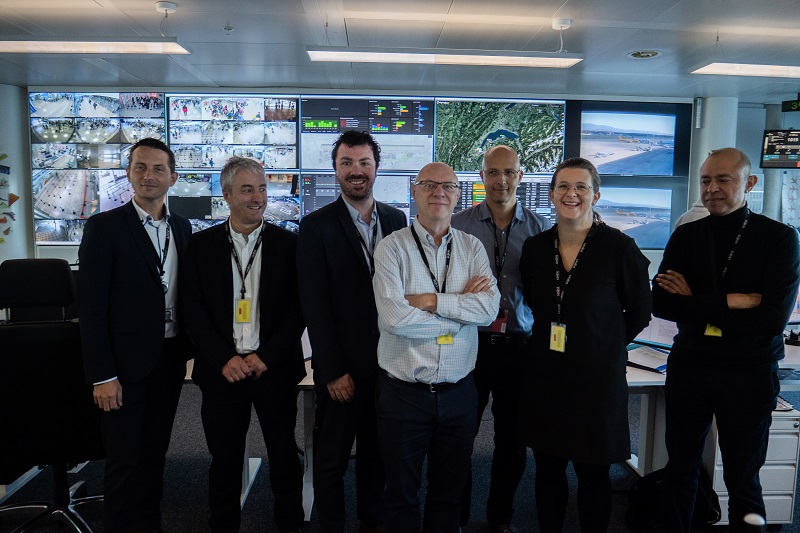