ACI EUROPE held its 32nd Annual Congress & General Assembly on 22-24 June 2022 in Rome, Italy, hosted by Aeroporti di Roma. The event was attended by a broad representation of the global aviation industry with more than 300 delegates from 42 countries. During the event, ACI EUROPE has launched a number of far-reaching announcements and initiatives. Here below you will find the key highlights from the two-day conference.

Opening the 32nd ACI EUROPE Annual Congress and General Assembly in Rome, Director General Olivier Jankovec delivered his iconic State of the Industry address. In his thought-provoking presentation, he described an industry with a clear vision for its future societal and economic role – but fighting for the financial stability to get there. 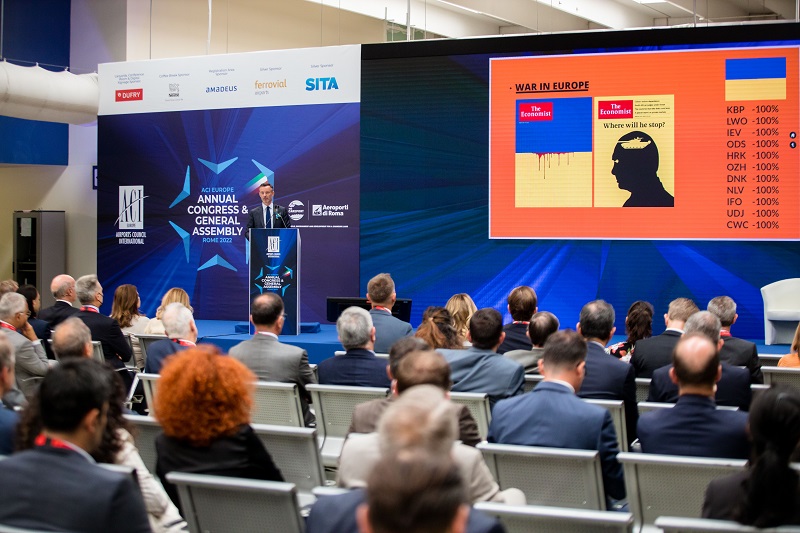 While passengers are returning to the skies this Summer, the traffic recovery for airports nonetheless remains revenue weak and cost intensive. Overall, passenger volumes remain below 2019 levels for most airports, with demand tending to be concentrated on peak periods. This not only puts significant stress on operations in the context of an acute staff shortage, it also drives costs upwards - with spikes in cash outflows.

At the same time, increased airport competition is exacerbating relentless pressures from airlines on airport user charges, with regulators still too often listening to airline allegations rather than letting airports address their legitimate and proportionate financial requirements.

On the eve of its 32nd Annual Congress and General Assembly, ACI EUROPE has published the Airport Industry Connectivity Report for 2022, which revealed that the recovery of European air connectivity from the COVID-19 pandemic is uneven and still difficult. This reflects the combination of yet not fully lifted travel restrictions, the impact of the war in Ukraine and structural changes in the aviation market.

More than 2 years into the COVID-19 pandemic - and despite an upsurge in passenger volumes this Summer – total air connectivity across the European airport network still remains -29% below pre-pandemic (2019) levels. This means as of June 2022, air connectivity in Europe is back to where it was in 2009 – when the Great Recession hit. 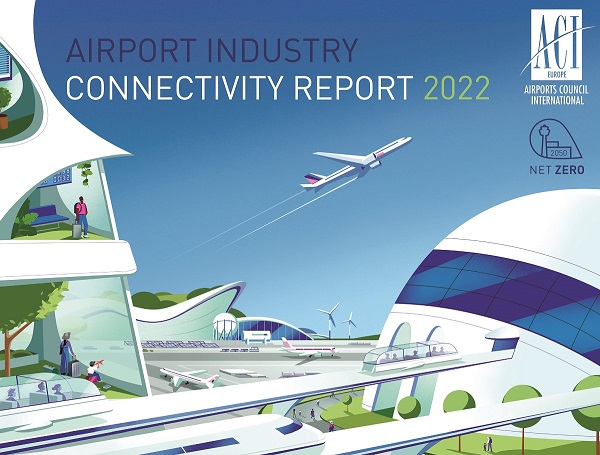 “It’s time to connect the dots” he said, calling for more regulatory coherence to support a strong and sustainable aviation future. 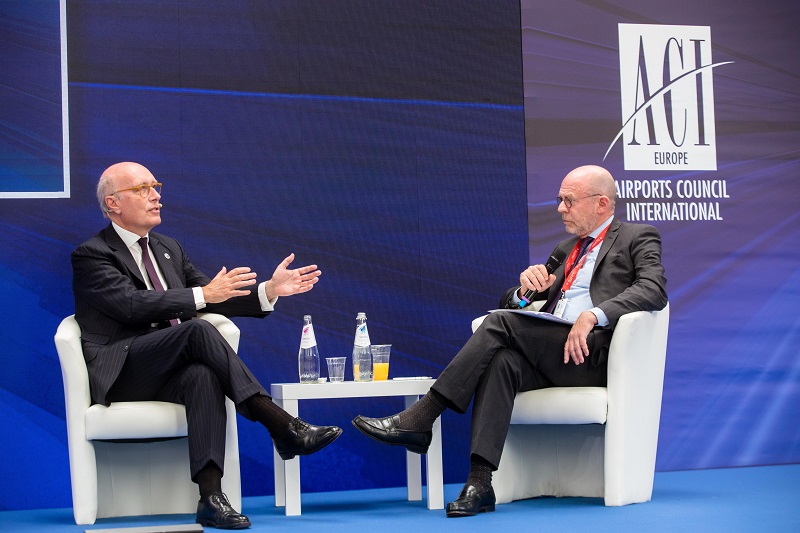 First launched in 2019 and firmly establishing its leading role in decarbonisation action, the ACI EUROPE Resolution on Net Zero Carbon Emissions by 2050 has been updated and reaffirmed during this year's Congress. The Resolution formally commits the European airport industry to become net zero for carbon emissions under its control by 2050 at the latest, responding to the Climate Emergency and aligning the industry with the Paris Agreement.

Said Jankovec “Since the Resolution was first made in June 2019, both committing the airport industry as a whole and over 200 airports individually, the number of our members signing up as individual businesses has increased by more than 60, now numbering over 270. Let’s not forget this is a time period during which we were in the grip of a global pandemic. This speaks for itself”.

ACI EUROPE has also published further Guidance on Airports’ Contribution to Net Zero Aviation - Reducing Scope 3 emissions and supporting the implementation of Destination 2050. The Guidance aims to provide airports with practical solutions to reduce Scope 3 emissions - in particular aircraft emissions - supporting the implementation of Destination 2050 and thus contributing to the achievement of net zero CO2 emissions by European aviation by 2050.

A groundbreaking Memorandum of Cooperation between ACI EUROPE and Airbus has also been unveiled during the event, facilitating the exchange of knowledge and best practice and raising airports’ external credentials as regards hydrogen and electrification. The joint goal of the MoC is to accelerate the development of hydrogen-powered and hybrid-electric aircraft, prepare associated supporting airport infrastructure and bring these into the market. 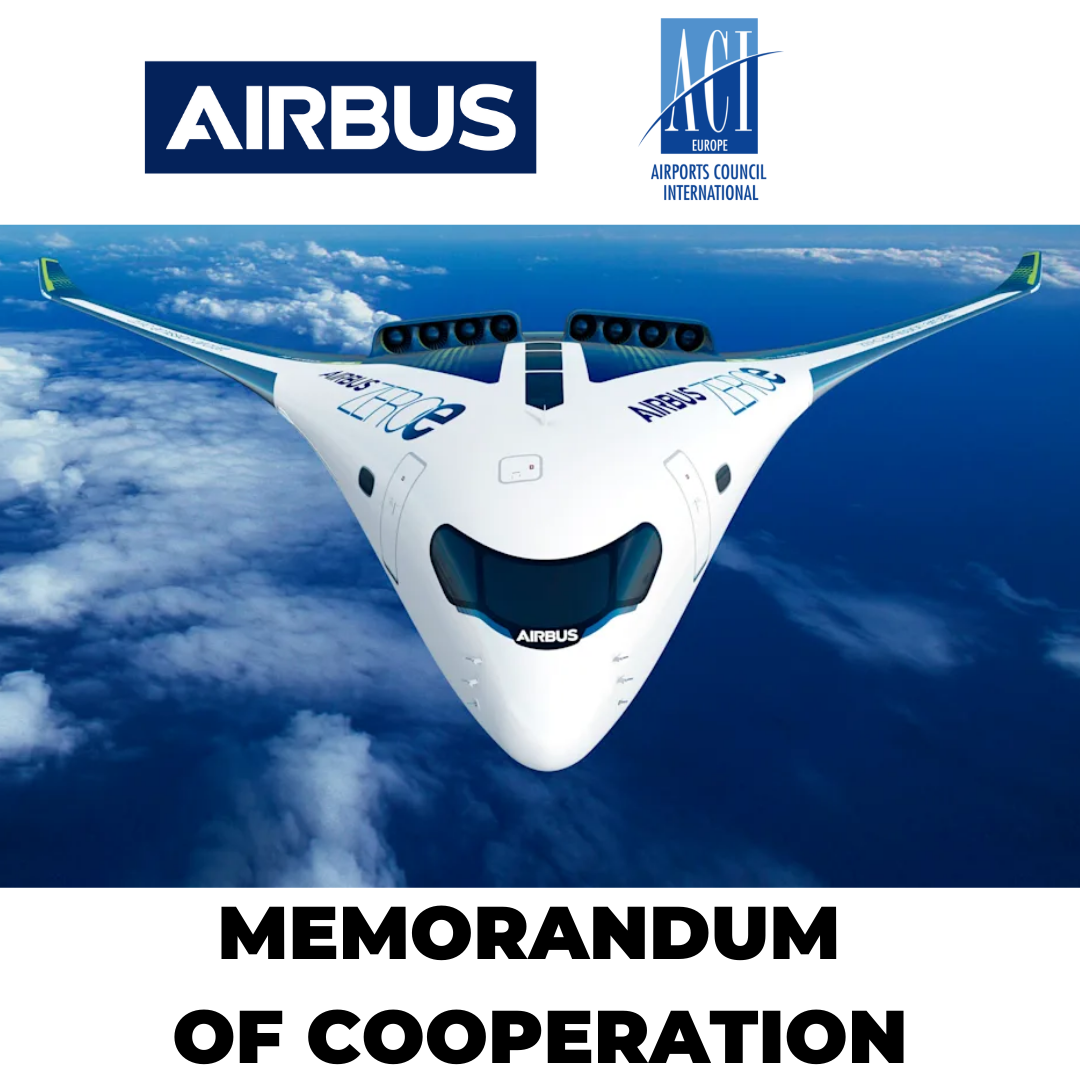 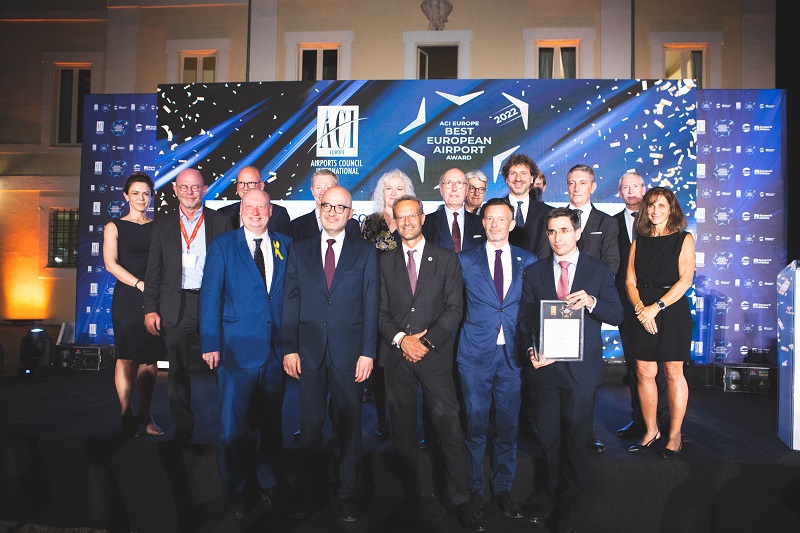 The Best Airport Awards recognise excellence and outstanding achievement across the entire portfolio of airport activities.

Read the full statement with the comments from judges.

The 2023 ACI EUROPE Annual Congress and General Assmebly will take place on 26-28 June in Barcelona, Spain, hosted by Aena and co-organised with ACI World. Block these dates in your diary! 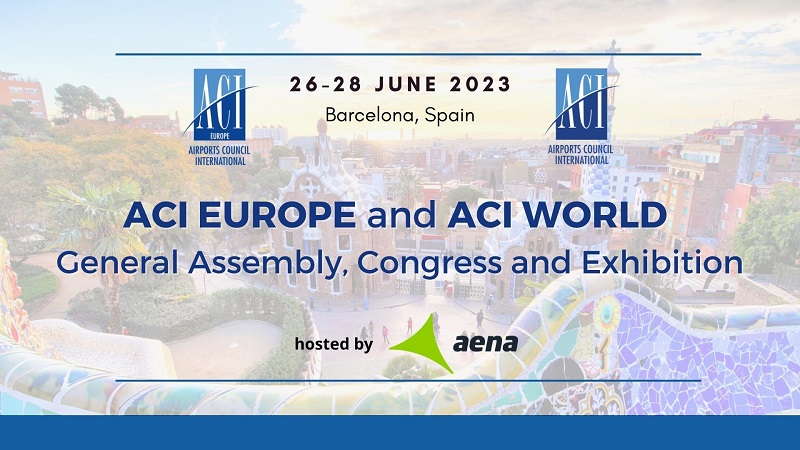